What’s better than a stack of fluffy, warm pancakes on a cold winter’s morning? In celebration of all things Native Australia for the month of July, we’ve put an Aussie twist on a comforting classic by using Australian owned brands and native Australian ingredients where possible in this recipe.

The star of the recipe is undoubtedly wattleseed, which is the native seed from Australian Acacia trees that have been traditionally used for thousands of years by Indigenous Australians. The roasted and ground wattleseed gives the pancakes an earthy, chocolatey flavour. If you’ve never tried traditional Australian bush tucker flavours before, these pancakes are the perfect introduction.

We’ve topped the pancakes with a 100% Australian Manuka honey and macadamia nut crumble which has a toasted, sticky, and sweet toffee flavour. Macadamia nuts are native to southeastern Queensland and northeastern New South Wales and were an important source of food for Indigenous Australians. The nut is known by the names of bauple, gyndl, jindilli, and boombera in local Indigenous languages.

We’ve used Australian owned and made ingredients in this recipe where possible. 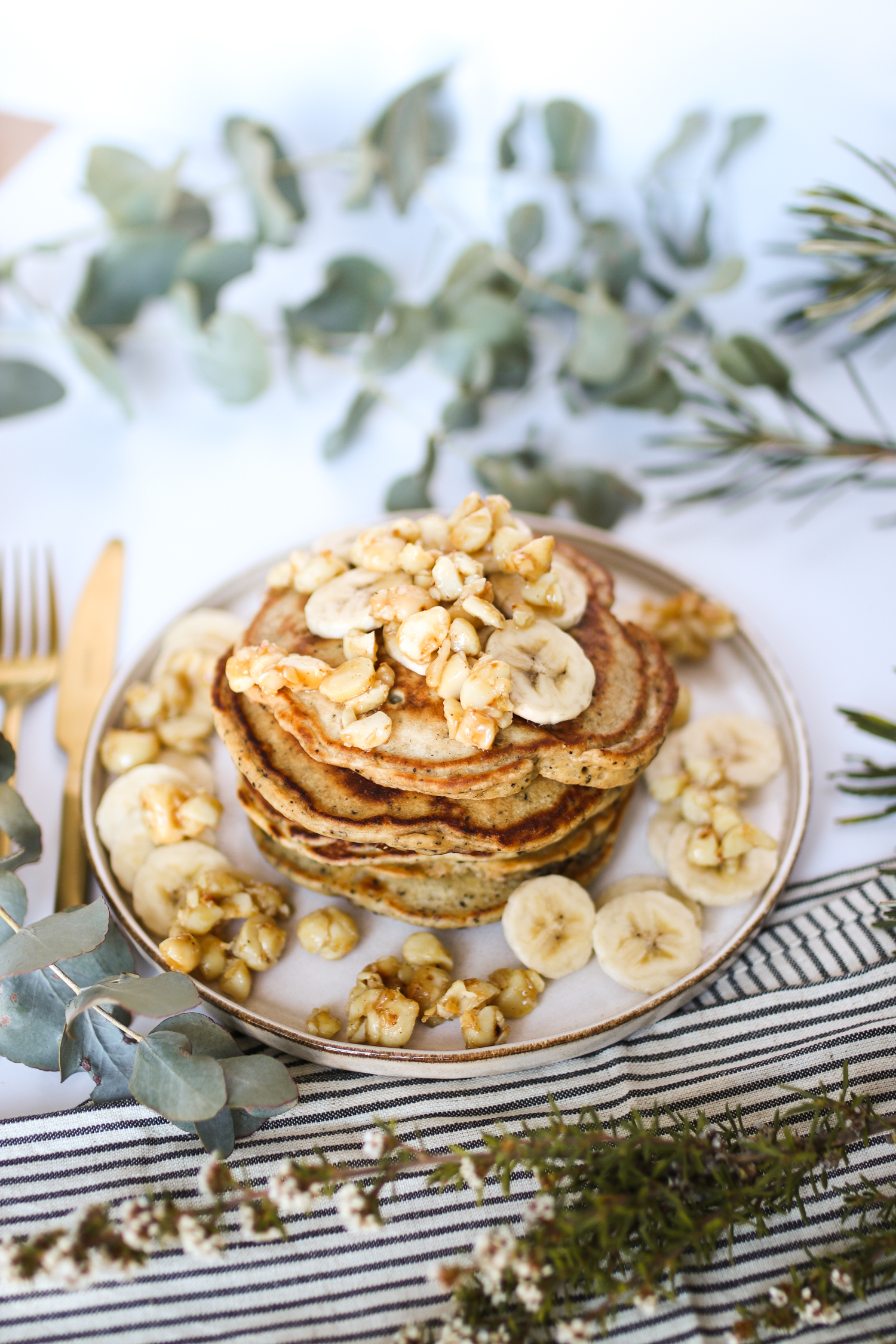 We’d love to hear if you tried this recipe out! Show us your pancake stack by tagging us on Instagram @wholelifepharmacyandhealthfood.

Check out some of our other healthy recipes: